Archipelago — A Problem (On Exactitude in Science)

Venue: Toussaintkade 49, The Hague, the Netherlands 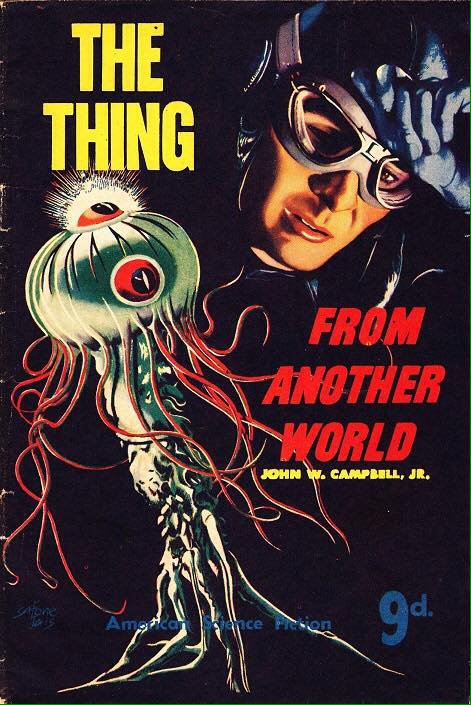 Book cover of The Thing from Another World by John W. Campbell, 1938

The exhibition Archipelago — A Problem (On Exactitude in Science) centres around a fictitious, mental archipelago where a group of mathematicians, geologists, cartographers and other scientists try to index the measurable facets and phenomenological manifestations that they uncover during their research expedition. As the unprecedented landscape is subject to constant change and fluctuations, the advanced instruments with which the research group is equipped prove to be unsuited to recording and documenting their observations and findings accurately. The scientific languages they employed elsewhere do not appear to correspond in any way to their somewhat predetermined, stable patterns of expectation, preconceived knowledges and epistemological registers: the diversity of living conditions and environments found within the archipelago appears so diverse and unstable that every island seems to require its own individual linguistic and scientific approach. To this end they decide to develop a new compendium entitled The Sea Island Mathematical Manual in order to do justice to a world of constant change using a series of SFs (science fact, science fiction, speculative fabulation, so far).

Niekolaas Johannes Lekkerkerk (1988, the Netherlands) works as a curator and writer for The Office for Curating in Rotterdam. Central to Lekkerkerk’s work are social and political discourses revolving around daily living and working practices, cultural norms, and ideologies. He particularly focuses on debates concerning the Anthropocene, ecology and climate, post- humanism, and the increasing entanglement between nature and culture. Lekkerkerk recently published The Standard Book of Noun-Verb Exhibition Grammar (Onomatopee, 2018), a publication regarding the exhibition as an ecological assemblage. In 2012 he received the inaugural Demergon Curatorial Award, and in 2014 he was the beneficiary of the Akbank Sanat International Curator Competition.