Venue: A Tale of A Tub
Justus van Effenstraat 44, 3027 TK Rotterdam, the Netherlands 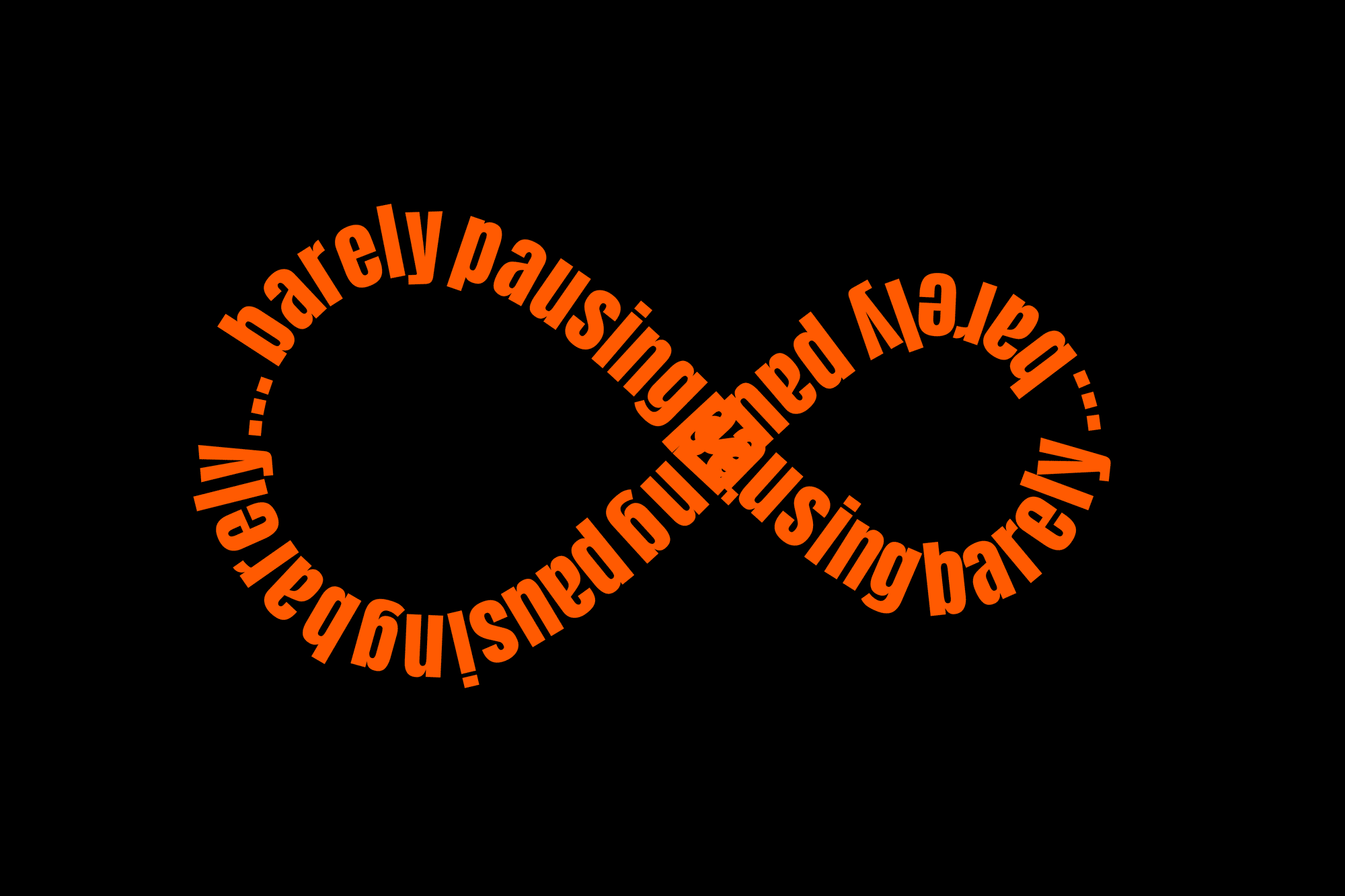 In ... barely pausing/pausing barely... the volatile state of stasis, on a physical, personal and societal level—produced by opposing modes of hyperactivity and inertia—is taken as a starting point to discern the tireless and profound influence of capitalism in which we are all caught in. The assortment of artworks and experiences in this exhibition has been selected to occupy a liminal interstice, a space that calls the all-encompassing logic of capitalist power into question. The artworks serve to unravel the ways in which technological flows and processes have transformed our lived experience into economic abstractions.

The collection of works is shown against the historical backdrop of the former function of the exhibition space as a public bath and wash house—which served as a site for domestic labour, physical cleansing and recovery. A number of artworks trace the phantasmic presence of entangled bodies and environments that are incompatible with the conventional understanding of time and space, while other works alienate and fragment our understanding of subjectivity and personhood through unexpected utterances and movements. The exhibited inventory of acts, gestures and activities are simultaneously done and undone, and even in their unvarying repetitions may hold a potential break with the cyclical trap of work, life and rest in a time bound by self-discipline and management.

Christina Li is an independent curator and writer working between Hong Kong and Amsterdam. She was the Curator-at-Large at Spring Workshop, Hong Kong, where she served as the Director between 2015 and 2017. At Spring, she curated, among other projects, A Collective Present (2017), Wu Tsang: Duilian (2016), and Wong Wai Yin: Without Trying (2016). Her exhibition Dismantling the Scaffold (2018) was the inaugural exhibition at Tai Kwun Contemporary, Hong Kong. As a writer, she has contributed to publications including Artforum, Art Review Asia, LEAP, Parkett, Spike, and Yishu Journal of Contemporary Art. She was the curator of Shirley Tse: Stakeholders, Hong Kong in Venice, Hong Kong’s participation at the 58th Venice Biennale (2019). She was recently named curator of the Pavilion of Finland at the 59th Venice Biennale (2022).