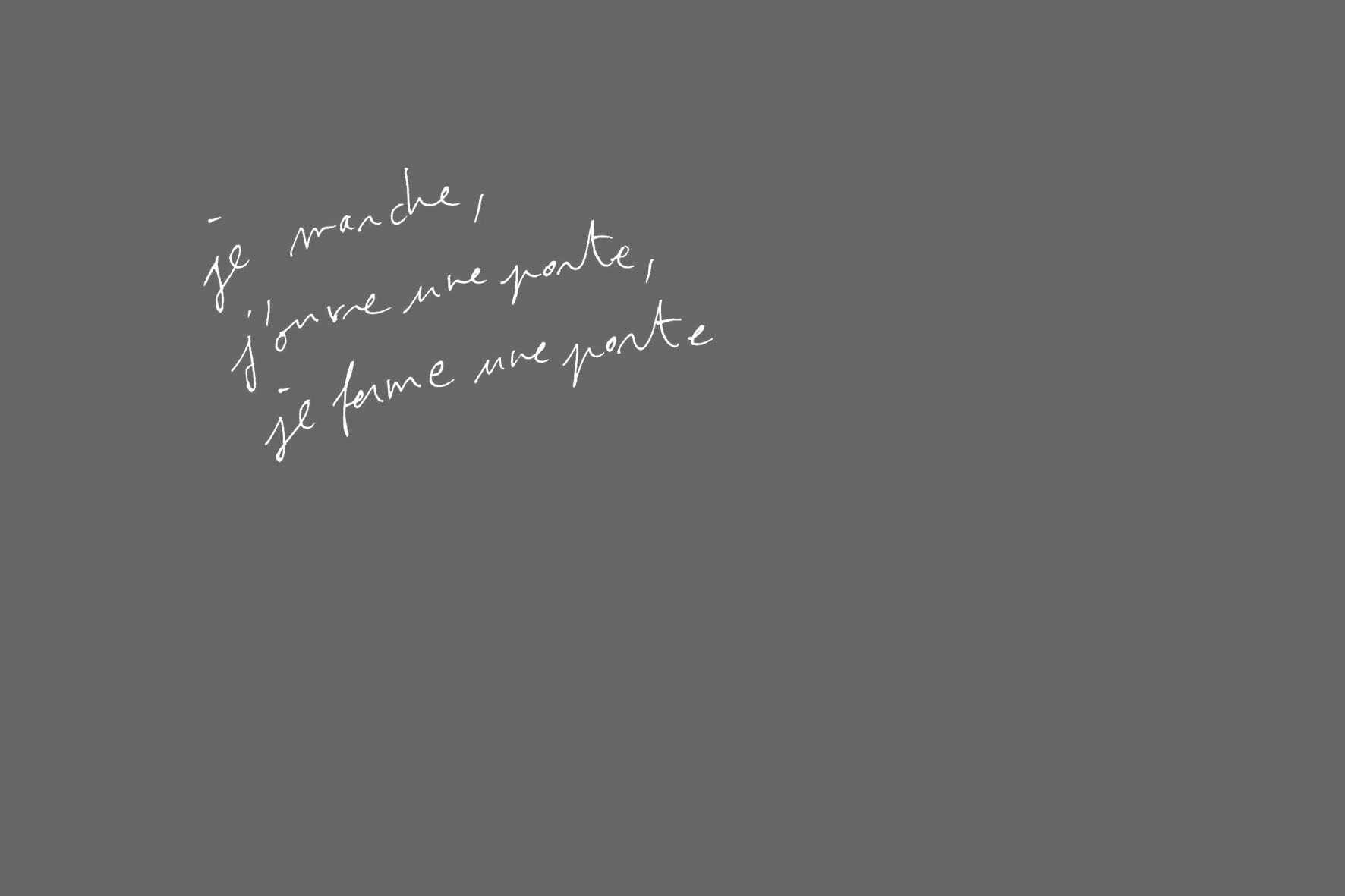 In Les Paradis Artificiels (1860), Charles Baudelaire describes the human brain as a sensitive photographic film on which images are recorded, which over time are superimposed on top of each other.

What is the brain, if not an immense and natural palimpsest? [i] Such a palimpsest is my brain; such a palimpsest, oh reader! is yours. Everlasting layers of ideas, images, feelings, have fallen upon your brain softly as light. [ii]

The visitor is invited to enter Kasteel Wijlre’s 18th-century Coach House for an exhibition exploring this idea. Where once horses and coaches were ready to take you to other destinations, and the hayloft was a comfortable place to shelter from the rain, the Coach House now plays host to the exhibition je marche, j’ouvre une porte, je ferme une porte. The viewer can approach this casually, effortlessly, musingly, and daydreaming, just as Jean-Jacques Rousseau describes in Les Rêveries du promeneur solitaire (1776–1778). [iii]

On both floors, the interlinked spaces include works by ten international artists. The works share a complex character – the subdued style and the way in which each of them transcends their own discipline and carries narratives with them.

The placement of the individual works in the exhibition spaces serves as a guide and as signifying traces of an evocative trail. Here we see bottles, glass jars, ornamental fruit, and dried twigs on a table. The objects cast light shadows onto a white carpet. Ash gently falling. A young woman reads a book in a white room. There, the lifeless body of a cat – further on, four individual voices. Someone falls into the water. These works – appearances – are on a human scale and intimate. They were formed and cherished and found a place in space. The scenes, sketches, and fragments comprising these works offer room for mental images, connect to early memories, take you to places from a distant past, or induce streams of thoughts and associations.

We return to Baudelaire’s brain-as-palimpsest. He writes that it seems like each new layer buries the other, but in reality, none are lost. As incoherent as an existence may be, our unity as humans is not troubled in the least. Could we awaken all the echoes of memory at once, we would be granted a concert: a pleasant or a painful one, but either way a logical one with no discord. [iv]

[i] A palimpsest originally referred to re-used piece of parchment. The ancient term for a palimpsest is codex rescriptus. The top layer of this parchment, with written text on it, was scraped off so that the parchment could again be inscribed. This was done because parchment is expensive.
[ii] Charles Baudelaire
Petits Poèmes en prose, Les Paradis artificiels
Oeuvres complètes de Charles Baudelaire, Michel Lévy Frères, 1869
VIII. Visions d’Oxford, I. Le Palimpseste, p. 329 (English Translation by Kirk Watson)
[iii] Les Rêveries du promeneur solitaire (Reflections of a Lonely Walker) is an unfinished book by Jean-Jacques Rousseau, written between 1776 and 1778.
[iv] Baudelaire, Les Paradis artificiels, 329